US Food and Drug Administration

The U.S. Food and Drug Administration today allowed marketing of two Trevo clot retrieval devices as an initial therapy for strokes due to blood clots (ischemic) to reduce paralysis, speech difficulties and other stroke disabilities. These devices should be used within six hours of symptom onset and only following treatment with a clot-dissolving drug (tissue plasminogen activator or t-PA), which needs to be given within three hours of symptom onset.

“This is the first time FDA has allowed the use of these devices alongside t-PA, which has the potential to help further reduce the devastating disabilities associated with strokes compared to the use of t-PA alone,” said Carlos Peña, Ph.D., director of the division of neurological and physical medicine devices at the FDA’s Center for Devices and Radiological Health. “Now health care providers and their patients have another tool for treating stroke and potentially preventing long-term disability.”

The Trevo device was first cleared by the FDA in 2012 to remove a blood clot and restore blood flow in stroke patients who could not receive t-PA or for those patients who did not respond to t-PA therapy. Today’s action expands the devices’ indication to a broader group of patients.

Stroke kills nearly 130,000 Americans each year and is the fifth leading cause of death, according to the Centers for Disease Control and Prevention. About 87 percent of all strokes are ischemic strokes. Until now, the only first-line treatment for acute ischemic stroke was t-PA administered intravenously.

Risks associated with using the Trevo device include a failure to retrieve the blood clot, device malfunctions including breakage and navigation difficulties, which can potentially damage blood vessels and cause perforation or hemorrhage.

The FDA reviewed the data for Trevo for stroke treatment through the de novo premarket review pathway, a regulatory pathway for devices of a new type with low-to-moderate-risk that are not substantially equivalent to an already legally-marketed device and for which special controls can be developed, in addition to general controls, to provide a reasonable assurance of safety and effectiveness of the devices.

The U.S. Food and Drug Administration approved Adlyxin (lixisenatide), a once-daily injection to improve glycemic control (blood sugar levels), along with diet and exercise, in adults with type 2 diabetes.

“The FDA continues to support the development of new drug therapies for diabetes management,” said Mary Thanh Hai Parks, M.D., deputy director, Office of Drug Evaluation II in the FDA’s Center for Drug Evaluation and Research. “Adlyxin will add to the available treatment options to control blood sugar levels for those with type 2.”

Type 2 diabetes affects more than 29 million people and accounts for more than 90 percent of diabetes cases diagnosed in the United States. Over time, high blood sugar levels can increase the risk for serious complications, including heart disease, blindness and nerve and kidney damage.

Adlyxin is a glucagon-like peptide-1 (GLP-1) receptor agonist, a hormone that helps normalize blood sugar levels. The drug’s safety and effectiveness were evaluated in 10 clinical trials that enrolled 5,400 patients with type 2 diabetes. In these trials, Adlyxin was evaluated both as a standalone therapy and in combination with other FDA-approved diabetic medications, including metformin, sulfonylureas, pioglitazone and basal insulin. Use of Adlyxin improved hemoglobin A1c levels (a measure of blood sugar levels) in these trials.

In addition, more than 6,000 patients with type 2 diabetes at risk for atherosclerotic cardiovascular disease were treated with either Adlyxin or a placebo in a cardiovascular outcomes trial. Use of Adlyxin did not increase the risk of cardiovascular adverse events in these patients.

Adlyxin should not be used to treat people with type 1 diabetes or patients with increased ketones in their blood or urine (diabetic ketoacidosis).

The most common side effects associated with Adlyxin are nausea, vomiting, headache, diarrhea and dizziness. Hypoglycemia in patients treated with both Adlyxin and other antidiabetic drugs such as sulfonylurea and/or basal insulin is another common side effect. In addition, severe hypersensitivity reactions, including anaphylaxis, were reported in clinical trials of Adlyxin.

The FDA is requiring the following post-marketing studies for Adlyxin:

The U.S. Food and Drug Administration approved the first intraocular lens (IOL) that provides cataract patients with an extended depth-of-focus, which helps improve their sharpness of vision (visual acuity) at near, intermediate and far distances.

Cataracts are a common eye condition where the natural lens becomes clouded, impairing a patient’s vision. According to the National Eye Institute, more than 20 percent of Americans will have cataracts by the age of 65, and the prevalence increases with age. In cataract surgery, the clouded natural lens is removed and replaced with an IOL.

“While IOLs have been the mainstay of cataract treatment for many years, we continue to see advances in the technology,” said Malvina Eydelman, M.D., director of the Division of Ophthalmic and Ear, Nose and Throat Devices in the FDA’s Center for Devices and Radiological Health. “The Tecnis Symfony Extended Range of Vision IOL provides a new option for patients that may result in better vision across a broader range of distances.”

Traditional monofocal IOLs have been limited to improving distance vision. The Tecnis Symfony IOL improves visual acuity at close, intermediate and far ranges and, therefore, may reduce the need for patients to wear contact lenses or glasses after cataract surgery.

The approval is based on a review of results from a randomized clinical trial comparing 148 cataract patients implanted with the Tecnis Symfony IOL to 151 cataract patients implanted with a monofocal IOL. The study evaluated visual acuity at near, intermediate and far ranges; contrast sensitivity (the ability to distinguish small differences between light and dark); and adverse events for six months after implantation. Of the patients implanted with the Tecnis Symfony IOL, 77 percent had good vision (20/25), without glasses at intermediate distances, compared to 34 percent of those with the monofocal IOL. For near distances, patients with the Tecnis Symfony IOL were able to read two additional, progressively smaller lines on a standard eye chart than those with the monofocal IOL. Both sets of patients had comparable results for good distance vision.

Patients implanted with the Tecnis Symfony IOL may experience worsening of or blurred vision, bleeding or infection. The device may cause reduced contrast sensitivity that becomes worse under poor visibility conditions such as dim light or fog. Some patients may experience visual halos, glare or starbursts. The device is not intended for use on patients who have had previous trauma to their eye.

The Tecnis Symfony IOL is also available in four toric models, which are indicated for the reduction of residual refractive astigmatism or imperfections in the curvature of the eye.

The US Food and Drug Administration (FDA) has approved the first human tests of an experimental Zika virus vaccine, the makers of the drug announced on Monday.

Called GLS–5700, the medication will be used in a clinical trial involving 40 healthy people, and represents the first major step towards ultimately immunising people against Zika – which was declared a global public health emergency by the World Health Organisation (WHO) in February.

“We are proud to have attained the approval to initiate the first Zika vaccine study in human volunteers,” said J. Joseph Kim, president and CEO of US-based Inovio Pharmaceuticals, which is developing the vaccine with South Korean partner, GeneOne Life Science. “We plan to dose our first subjects in the next weeks and expect to report phase 1 interim results later this year.”

GLS–5700 works by stimulating the body’s immune system to defend itself against Zika. Synthetic fragments of viral DNA are injected into the skin, prompting the immune system’s T cells to generate antibodies to fight the infection.

The news of the vaccine trial comes two months after the US Centres for Disease Control and Prevention (CDC) confirmed the causative link between the infection and birth defects such as microcephaly, and represents the culmination of an intense nine months of vaccine development, during which global fears over Zika’s spread have only grown.

“As of May 2016, 58 countries and territories reported continuing mosquito-borne transmission of the Zika virus,” said Kim. “[T]he incidences of viral infection and medical conditions caused by the virus are expanding, not contracting.”

It’s worth pointing out that just because GLS–5700 has reached human testing, there’s no guarantee it will turn out to safely immunise people against Zika. The vaccine has been tested successfully in small and large animal models, but clinical trials in humans could take several years to demonstrate that the treatment is safe, and there’s no guarantee it will ultimately prove effective or make it through subsequent testing phases.

But fortunately, GLS–5700 isn’t the only Zika vaccine candidate currently in development. An Indian company called Bharat Biotech is researching Zika vaccine development in animals, while French pharmaceutical company Sanofi SA is expected to begin human trials with one of its drugs later this year.

In the US, the National Institute of Allergy and Infectious Diseases (NIAID) says it’s expecting to shortly receive FDA approval to trial a separate vaccine candidate it developed itself, which would mean we could have two vaccines in human testing in a matter of weeks.

Earlier in the month, scientists from the University of Texas Medical Centre published findings on how a protein called interferon-induced protein 3 could help reduce Zika’s ability to infect brain cells – although clinical trials may be a while away for that particular treatment.

Even though there’s a huge amount of hurdles and potential roadblocks facing all of these vaccine trials, there’s reason to have hope.

“Always, the first vaccine to go into clinical trial is important,” epidemiologist Anna Durbin from Johns Hopkins University, who is involved with the NIAID vaccine effort, told Jessica Glenza at The Guardian.

“It means the FDA has reviewed it, and I’m sure is formulating questions and getting ready for additional candidates to submit their investigational drug applications,” she added. “It shows progress and momentum, and we just need to keep momentum going.” 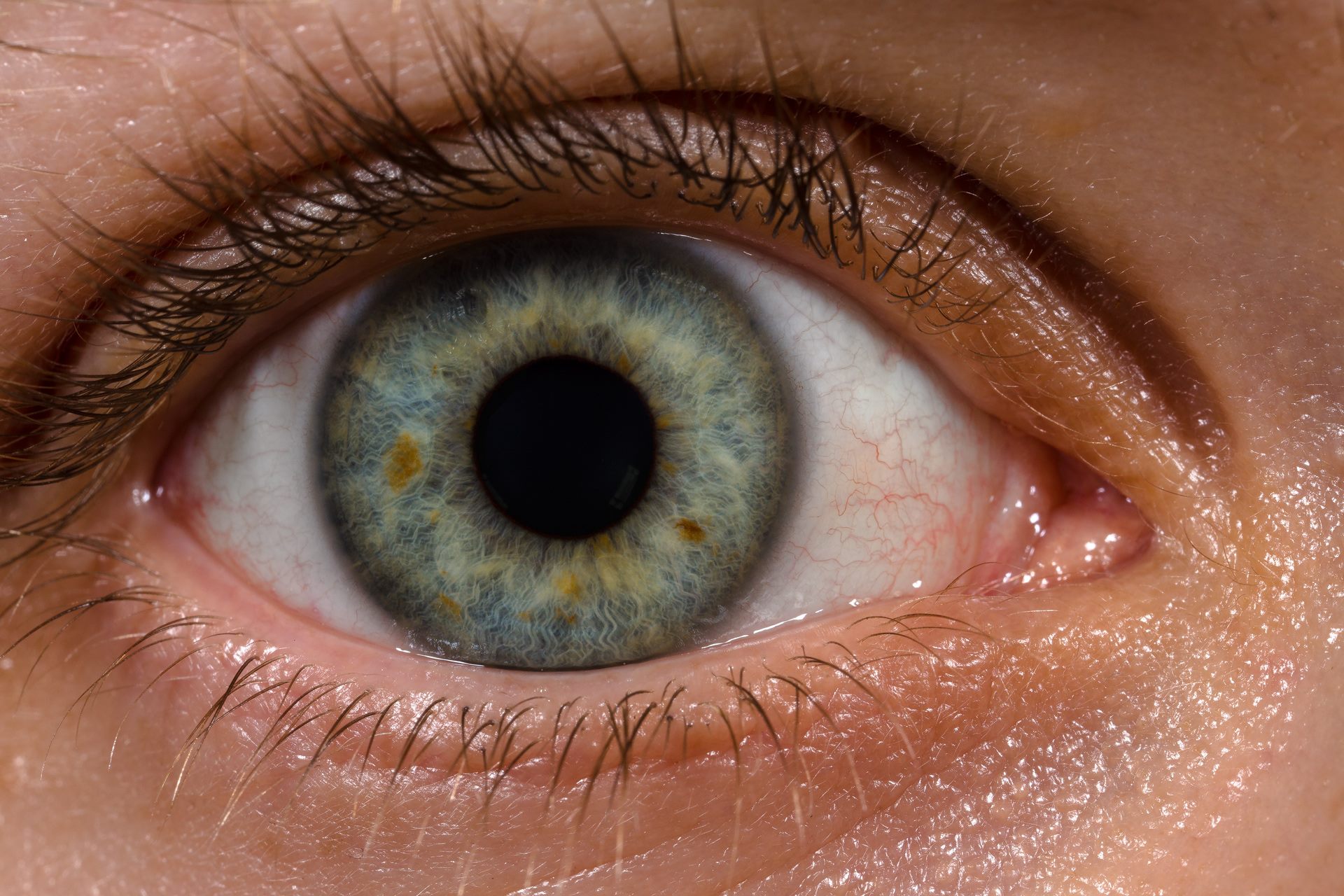 The U.S. Food and Drug Administration approved Xiidra (lifitegrast ophthalmic solution) for the treatment of signs and symptoms of dry eye disease, on Monday, July 11, 2016. Xiidra is the first medication in a new class of drugs, called lymphocyte function-associated antigen 1 (LFA-1) antagonist, approved by the FDA for dry eye disease.

“Normal tear production is needed for clear vision and eye health,” said Edward Cox, M.D., director of the Office of Antimicrobial Products in the FDA’s Center for Drug Evaluation and Research. “This approval will provide a new treatment option for patients with dry eye disease.”

Dry eye disease includes a group of conditions in which the eye does not produce an adequate volume of tears or when the tears are not of the correct consistency. The chance of experiencing dry eye increases with age, affecting approximately five percent of the adult population age 30-40 and 10 to 15 percent of adults over age 65, and is more common among women. When severe and left untreated, this condition can lead to pain, ulcers or scars on the part of the eye called the cornea. Dry eye can make it more difficult to perform some activities, such as using a computer or reading for an extended period of time, and it can decrease tolerance for dry environments, such as the air inside an airplane.

The safety and efficacy of Xiidra was assessed in over a thousand patients, in four separate, randomized, controlled studies. These studies included patients 19–97 years of age, of which the majority were female (76 percent). Patients were randomized equally to receive either Xiidra eyedrops or placebo eyedrops, which were used twice a day for twelve weeks. The studies found that groups treated with Xiidra demonstrated more improvement in both the signs and the symptoms of eye dryness than the groups treated with placebo.

The most common side effects of Xiidra include eye irritation, discomfort or blurred vision and an unusual taste sensation (dysgeusia).

Dry eye disease does not routinely occur in children. Safety and efficacy in pediatric patients below the age of 17 years has not been studied.

Xiidra is manufactured by Shire US Inc., of Lexington, Massachusetts.