Types and Phases of Clinical Research

Types and Phases of Clinical Research

Diagnostic
This refers to the practice of looking for better ways to identify a particular disorder or condition.

Quality of life
Also known as “supportive care,” this research explores ways to improve comfort and the quality of life for individuals with a chronic illness.

Genetic studies
Genetic studies aim to improve the prediction of disorders by identifying and understanding how genes and illnesses may be related. Research in this area may explore ways in which a person’s genes make him or her more or less likely to develop a disorder. This may lead to development of tailor-made treatments based on a patient’s genetic make-up.

Phase I trials
Researchers test an experimental drug or treatment in a small group of people for the first time. The researchers evaluate the treatment’s safety, determine a safe dosage range, and identify side effects.

Phase II trials
The experimental drug or treatment is given to a larger group of people to see if it is effective and to further evaluate its safety.

Phase IV trials
Post-marketing studies, which are conducted after a treatment is approved for use by the FDA, provide additional information including the treatment or drug’s risks, benefits, and best use.

Examples of other kinds of clinical research
Many people believe that all clinical research involves testing of new medications or devices. This is not true, however. Some studies do not involve testing medications and a person’s regular medications may not need to be changed. Healthy volunteers are also needed so that researchers can compare their results to results of people with the illness being studied. Some examples of other kinds of research include the following: 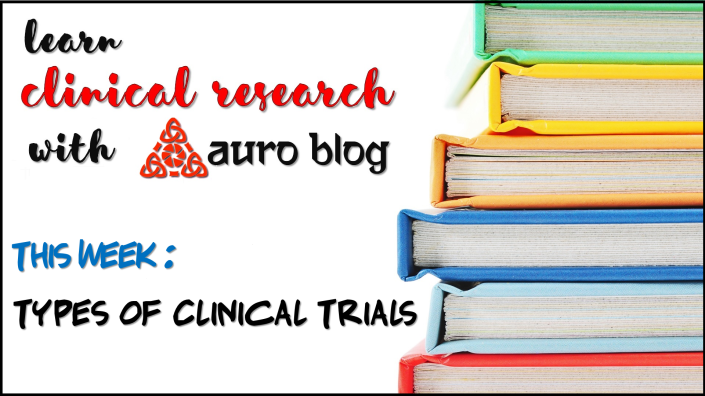 Challenges of Drug Discovery and Development

First, a scientist or a team comes up with an idea for a new drug to treat a disease or a vaccine to prevent one.

If it’s a drug, they will test the compound against the virus or bacteria in vitro – that is Latin for in glass. They might put the drug into a glass plate in which a virus is growing to see if the drug kills off the bugs.

The next step involves testing the experimental product in animals – in vivo, which is Latin for within the living. These animals ideally develop symptoms similar to what humans experience when they are infected with the bacteria or virus in question. If the drug or vaccine cures or protects susceptible animals, it might do the same for people.

Mice are commonly used as models in the early stages of animal testing, but something that works in mice would generally be tested in another animal species as well. Mice are very different from people and the evidence is more persuasive that a drug or vaccine will work if it is effective in a species more closely related to humans than mice. In influenza research, ferrets are often used. In Ebola research, macaques and other non-human primates are employed.

If the animal experiments are successful, the developers of a drug or vaccine will move to test it in people. That work begins with what is called a Phase I trial. These studies are small, often enrolling just a few dozen people, and they are carried out in healthy volunteers. These studies are designed to answer a couple of key questions: 1) is this experimental product safe for people to take, and is it safe to continue to test it? 2) what is the right dose to use in people? When it comes to the dose, researchers are trying to hit the sweet spot: enough so that the product will be effective, but not too much, to limit the risk of toxicity or harmful side-effects.

Phase I trials cannot tell you if a drug or vaccine is effective or not, because the people don’t have the disease that the drug will target, though they can provide hints. In the Phase I trials for Ebola vaccines, for instance, researchers measured the immune response the vaccines provoked.

If a Phase I trial is successful, researchers move on to a Phase II trial, which involves larger numbers of volunteers–say, between 100 and 300. If a drug is tested, the trial will enroll people who have the disease that it’s targeting; if it’s a vaccine, the volunteers are often people at risk of contracting that disease. For instance, researchers could test a malaria vaccine in an African country where malaria occurs. Generally the volunteers will be divided into two groups and will be randomly selected to get either the experimental product or something else to compare it with. That could be a placebo,* a “dummy” pill or shot that should have no effect. Or if there is a drug already available for a condition, an experimental new drug might be tested against it. This kind of study is called a Randomized Controlled Trial (RCT)*

It may seem odd, and even cruel, to give some patients a placebo–why not give everybody the actual drug? The reason is that by comparing the effects of a drug to that of a placebo, researchers can determine how much effect the drug really has. It is considered the fastest and most reliable way to get an answer about whether the drug or vaccine works. And until it is clear that the product being tested does work, it is generally not considered unethical to withhold it. Once a study reveals that a drug works, however, researchers can no longer ethically compare it to a placebo.

A Phase II trial will start to make it clear whether the drug or vaccine being tested actually works; because more people are involved than in Phase I, it will also tell researchers more about the side-effects. If it appears that the drug or vaccine is effective, the developers will proceed to a Phase III trial, which involves still larger numbers of people. This is the level of study that is meant to answer the question: Does this drug or vaccine really work?

Phase III trials typically enlist thousands of people. For the Ebola vaccine trial in Liberia that kicked off early 2015, for instance, 27,000 people were expected to take part.

If a Phase III trial shows that a drug or vaccine is effective, the company developing the product can apply to a regulatory agency such as the U.S. Food and Drug Administration or the European Medicines Agency for a license to produce the product for sale.

Drugs fail in the clinic for two main reasons; the first is that they do not work and the second is that they are not safe. As such, one of the most important steps in developing a new drug is target identification and validation. A target is a broad term which can be applied to a range of biological entities which may include for example proteins, genes and RNA. A good target needs to be efficacious, safe, meet clinical and commercial needs and, above all, be ‘druggable’. A ‘druggable’ target is accessible to the putative drug molecule, be that a small molecule or larger biologicals and upon binding, elicit a biological response which may be measured both in vitro and in vivo. It is now known that certain target classes are more amenable to small molecule drug discovery, for example, G-protein-coupled receptors (GPCRs), whereas antibodies are good at blocking protein/protein interactions. Good target identification and validation enables increased confidence in the relationship between target and disease and allows us to explore whether target modulation will lead to mechanism-based side effects.

An alternative approach is to use phenotypic screening to identify disease relevant targets. In an elegant experiment, Kurosawa et al. (2008) used a phage-display antibody library to isolate human monoclonal antibodies (mAbs) that bind to the surface of tumour cells. Clones were individually screened by immunostaining and those that preferentially and strongly stained the malignant cells were chosen. The antigens recognized by those clones were isolated by immunoprecipitation and identified by mass spectroscopy. Of 2114 mAbs with unique sequences they identified 21 distinct antigens highly expressed on several carcinomas, some of which may be useful targets for the corresponding carcinoma therapy and several mAbs which may become therapeutic agents.

Once identified, the target then needs to be fully prosecuted. Validation techniques range from in vitro tools through the use of whole animal models, to modulation of a desired target in disease patients. While each approach is valid in its own right, confidence in the observed outcome is significantly increased by a multi-validation approach

Antisense technology is a potentially powerful technique which utilizes RNA-like chemically modified oligonucleotides which are designed to be complimentary to a region of a target mRNA molecule (Henning and Beste, 2002). Binding of the antisense oligonucleotide to the target mRNA prevents binding of the translational machinery thereby blocking synthesis of the encoded protein.

In contrast, transgenic animals are an attractive validation tool as they involve whole animals and allow observation of phenotypic endpoints to elucidate the functional consequence of gene manipulation. In the early days of gene targeting animals were generated that lacked a given gene’s function from inception and throughout their lives. This work yielded great insights into the in vivo functions of a wide range of genes. One such example is through use of the P2X7 knockout mouse to confirm a role for this ion channel in the development and maintenance of neuropathic and inflammatory pain (Chessell et al., 2005).

Monoclonal antibodies are an excellent target validation tool as they interact with a larger region of the target molecule surface, allowing for better discrimination between even closely related targets and often providing higher affinity. In contrast, small molecules are disadvantaged by the need to interact with the often more conserved active site of a target, while antibodies can be selected to bind to unique epitopes. This exquisite specificity is the basis for their lack of non-mechanistic (or ‘off-target’) toxicity – a major advantage over small-molecule drugs.